PLEASE NOTE: This game will work on the ZX Spectrum Next computer only.

STORY
You are a Biological Entity Remover Node And Repair Droid (or B.E.R.N.A.R.D. for short), working for the evil robot overlord on his deadly mobile space station.

Charged with maintaining the primary laser cannon, B.E.R.N.A.R.D has, however, developed something of a conscience. Instead, he has chosen to defy his master and do his best to stop the cannon’s DELTA CRYSTAL from charging up by destroying the MEGA PROTONS with his cranial gun.

Will he be able to stop the cannon from decimating another innocent world?

HOW TO PLAY
Move B.E.R.N.A.R.D. left and right using keys "o" and "p" across the bottom of the screen. Fire his cranial gun with "space" so that shots reflect of the sloped ceiling and destroy the MEGA PROTONS that gradually move upwards.

If three MEGA-PROTONS crystallise to form the DELTA CRYSTAL and charge up the laser, the game is over.

NOTES
To run, launch "reflectron.bas".
Reflectron is written entirely in NextBASIC and runs at the standard 3.5MHz. Pushing "q" in game will quit to BASIC (and clears the sprite bank to avoid memory errors). Make sure caps lock is off while playing. Also, feel free to peruse the code, but it's a bit of a mess in places - you have been warned.

CREDITS
Reflectron by Sunteam.
Program, graphics and planning: Paul Weller.
Based on Reflectron for the PC Engine/TurboGrafx-16 by Aetherbyte.
Based on the ZX Spectrum type-in game ‘Rebound’ by Phil Willcox, published in Sinclair Programs October 1983.
Released May 2020.

Unzip the folder and place it on you Next's SD card. Run "reflectron.bas" from the browser to start. 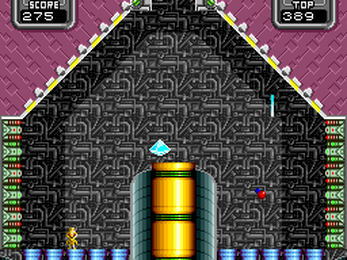 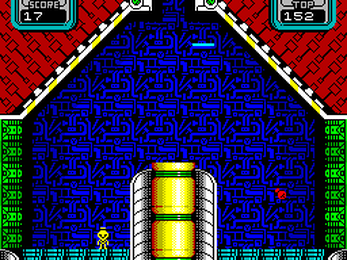 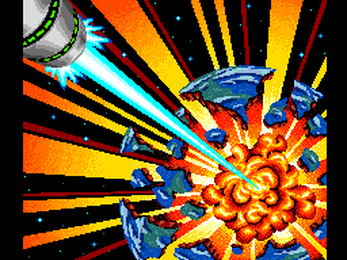